My Happy Place Vol. 1: How I Found Love Online

Navigating Pleasure With An STI

My Happy Place Vol. 1: How I Found Love Online 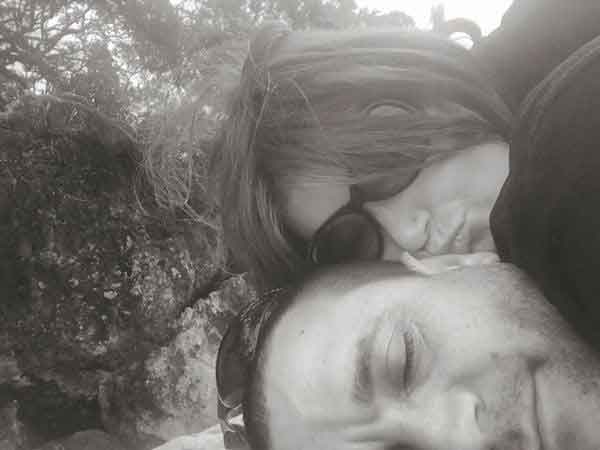 I had recently gone through a traumatic separation from the father of my children and was suffering from feelings of depression, regret, and wondering what went wrong.

One day I attended an event with other people living with HIV. A good friend of mine said to me, “Why don’t you try online dating?” He knew I was feeling down about the separation, but also feeling down about not having someone special in my life.

I felt like I was over the hill, too old, no one will want me, etc... Then he told me not to be silly and gave me information about a website that he had used to meet other people living with HIV.

I was hesitant at first to use a website. I was fearful of the unknown, fearful of rejection, and overall uneasy about actively looking for someone. Also, I didn’t have much faith in finding someone in my small country of New Zealand. The pool seemed very shallow.

He then boosted my confidence by saying, “You’ll be snatched up within a week!”

So, at 45 years old, as a single mother of two living with HIV who had never done online dating before and who felt absolutely terrified, I gave it a go!

I didn’t have much faith that I would meet anyone that would sweep me off my feet.

I had no expectations. I didn’t think it would work at all and I already had a variety of judgements in my mind. For instance, I thought it was a ‘cheesy’ way to meet people—so cliche and predictable. Also, I had seen friends on dating sites go through a lot of drama to finally ending up with ‘The One’.

I really thought it would take a long time to sift through the profiles, initiate conversation, and eventually settle on a partner. I didn’t have much faith that I would meet anyone that would sweep me off my feet. I had low expectations and, to be honest, wasn’t very hopeful.

First of all, I knew emotionally that I needed to be prepared to do things I had never done before. I was always a shy girl and would sit back and wait for partners to seek me out. So here I was, taking a leap and doing something that I felt was slightly tawdry—with some level of guilt as a mother. I was feeling concerned for my children as I didn’t want to go from relationship to relationship. So it was a huge risk for me to try online dating.

Looking back, part of me was secretly hoping it would be a futile effort.

After having a little bit of a browse around various dating sites, particularly on Positive Singles, I found about five possibilities in my country, some of whom were only an hour away. This was after weeding out the bad ones, including a man who said he was looking for a cook and a cleaner—basically, someone to wait on him (definitely no!).

So I took a risk and boldly sent a message to the five. These five had no profile pictures, very little information about them in their descriptions and almost seemed a little hesitant about online dating success. Looking back, part of me was secretly hoping it would be a futile effort.

And then one replied.

I guess you would call it love at first click! It was my first ever attempt at online dating and I hit the jackpot...within a WEEK!

Before I knew it, days turned into months, months turned into years... And I was completely swept off my feet! Head over heels in love, more than any previous partners. I have never felt this intense love for someone. I had given up on ever finding love like this, and then, there he was: My Twin Flame, My Knight, My Happy Place.

If I was to offer advice to other single women thinking about dating online, it would be have an open mind, an open heart, and take a risk. You never know what might happen!

Stay tuned to find out how we ‘got to’ this ‘Happy Place’.

Join the conversation! Comment below. Tell us, have you ever tried online dating? How did it work out?

A beautiful story on the benefits of taking the leap! As someone currently thinking of trying online dating again, this was timely. Looking forward to reading more. Thank you for sharing this.