What Having HIV Taught Me About Sex, Love and Myself

The Point Of No Return 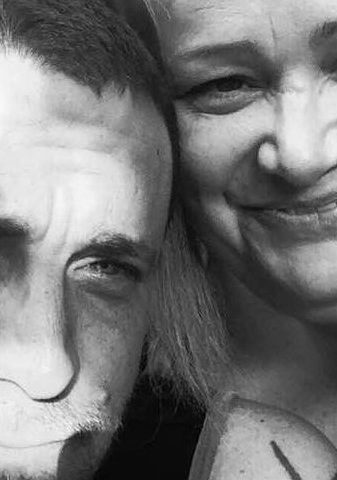 Last month, I wrote about my first ever attempt at online dating and how I hit the jackpot… within a WEEK! So, how did we move this romance offline?

We emailed each other at first, just feeling each other out. He was a single father. I’m a single mother. Things were looking perfect!

We soon exchanged phone numbers and then more pictures. At this point, I was ready to send texts and get to know him slowly. Then, I was sending texts too hard and fast and I realized that this might scare him off. I even asked him if it was too much but he said that it was fine and explained if he didn’t reply it was because he was working. I didn’t want to come across as too desperate. Even though my heart was bursting with anticipation, I respected his need to take things a little slower. He was very open and friendly, and that helped.

Then, I noticed he deleted his dating profile. I took this as a great sign. So, I deleted mine as well. As it was, I had not communicated with any other men.

Eventually, the texts led to phone calls, and in those phone calls we found out how much we had in common. In fact, there were times in our lives when we were living in the same area and knew some of the same people. We had both gone to many schools—some in the same areas, but never quite the same place. We were both Capricorns. The list went on and on. We started to wonder how we hadn't met each other before.

We also shared a lot about our previous relationships and the struggles we faced with mixed serostatus relationships in particular. My first serious relationship after my diagnosis was with someone not living with HIV. He made me feel that I had a deficit of some type. He would say things like: “No one will want you with HIV. You’re lucky to have me in your life.” Etc. He became very abusive and violent. I felt I had no choices and my self-esteem hit an all-time low.

My first serious relationship after my diagnosis was with someone not living with HIV. He made me feel that I had a deficit of some type.

After five years, I had enough of that relationship and chose to live single for a few years. Since then, I’ve had two relationships—both with men also living with HIV. These were significantly easier relationships to navigate but also had their own set of challenges. Stigma and discrimination from other people were the biggest concerns. While I was public my HIV status, they were not. So, fear of exposure was hard for them. Plus, since we were both living with the virus, it wasn’t just my health that I was concerned about, but also theirs.

We brought all of these issues from our past relationships to the table and we had a 'confessional' type of discussion, where we revealed our own weaknesses and flaws. I found this refreshing, as most people only like to talk about how nice and great they are. His honesty was impressive. Here was a guy not afraid to talk about himself and what he didn't like and how life hadn't been easy for him. I found my many walls starting to crumble, as I too, told him things I'd never shared with someone I hadn't yet met in person before.

I found my many walls starting to crumble, as I too, told him things I'd never shared with someone I hadn't yet met in person before.

We would talk for hours on the phone, laughing, crying, and being so real with one another. We talked about love and loss. Life and death. Religion and politics. I was more and more surprised how much we thought alike and seemed to have many of the same views and philosophies. After being in a previous relationship where there was no communication, no commonality, no compatibility, this indeed was intoxicating for me. It was almost overwhelming. To the point that I could feel fear coming from both of us. Fear of love. Fear of failure. Fear of the unknown. Would he like me? Is this too good to be true? Are we going to make it or not as a couple?

Eventually, I took a risk, and I asked him, “when are we going to meet?” As parents (I have two kids, he has one), we were faced with the question of whether to find babysitters and meet alone or meet all together so we could see how the kids responded to one another. When we chose the latter, I knew then that he was family focused—that the wellbeing of his child was of the utmost importance.

I could feel myself falling a bit deeper. Because for me, my children are my world. I didn't want to make this transition hard for them by leaving them out. But I also knew it wouldn't be easy because they had never known me with another man other than their father. Meeting this new person would dampen their hope for a reunion. But we were on different journey now.

I also had reservations about our meeting on a personal level, beyond motherhood. I had not had sex with anyone other than my kids’ father for over 16 years and I was terrified by the prospect of sex with someone new. Would we be compatible? Would I enjoy it? Sex had not been pleasant for me for many years. We tried phone sex. Oh. My. Gosh! That experience was powerful! I almost cried. I think I did.

Then quite literally the earth moved, we had an earthquake and the area he lived in was under Tsunami alert. I jumped at this opportunity to move our meeting time closer. After all, he did have to leave his house and go higher inland.

This was all about taking risks for me—feeling the fear and doing it anyway. So, my question to other women about to ‘make the leap’ is this: What do you have to lose? If it works, then great! If it doesn't, you haven't missed anything. That's what I kept telling myself.

Tune in next time to find out how our first meeting played out!

Join the conversation! Comment below. Tell us, have you ever moved your online romance offline and how did it go?